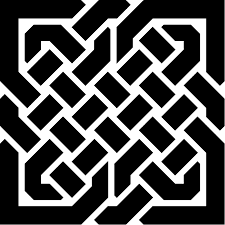 We completed this four-part study at the end of February 2020 – just as the coronavirus pandemic was beginning to take hold and make its presence known in our lives. What do these passages have to say to us today?  Click here for recaps of this study.

In these two ‘problem solving’ letters (First and Second Corinthians), we find much of the core theological foundation of what is to become the Christian church.

The study will use Abingdon New Testament Commentaries by Richard A. Horsley and Calvin J. Roetzel, although you need only bring your Bible. All sessions will be held in the New Revelations classroom in the Dome building.

Simon Peter – a simple fisherman, and certainly no stranger to hard work. Not perfect, but passionate, leaving everything to follow Jesus. Melba Dobbins will be leading this 6 -week study of Adam Hamilton’s “Simon Peter: Flawed But Faithful Disciple”. First session will be on Monday, March 11th, at 7:00pm in the Agape Classroom (Worship Activity Center).

Charlie Walden will lead a new 7 session Bible study beginning Monday, January 14th at 6:30pm. This study will explore the book of Sirach, one of the books of the Apocrypha. Sirach, the longest of the wisdom books, provides a view of life in Israel just before the Maccabean revolt. The book’s author offers opinions on women, death, honor and shame, sin, happiness, evil, creation, money, friendship, and many others. Come join us in the New Revelations classroom for this intriguing study.

Advent 2018 – The Redemption of Scrooge

Please plan to join us beginning Sunday, December 2nd, at 9:30am in the Joy Classroom in the Worship Activity Center for a 4-week study by Matt Rawle, “The Redemption of Scrooge”. What lessons can we learn from Charles Dickens’ story of a man desperately in need of a second chance? Come join us on Sundays during the Sunday School hour – adults and youth welcome

Are you a fan or a follower? Beginning Monday, September 17th, Michael Murphy will be leading a class on Kyle Idleman’s book, Not A Fan. Class will be held from 6:30pm to 7:45pm on Monday nights. Please sign up on the sign-up sheets in the Worship Activity Center or let the church office know if you are interested. Stay tuned for more details!

Pastor Orr led this 8 session introduction to Methodism, including its history, and basic tenets and beliefs. Click here for Carole’s summary of the class from a participant’s point of view. Methodism 101 – Parting Thoughts

The Book of Job

Beginning April 16th, Charlie Walden will be leading an 8 week study of the book of Job. We’ll be taking a new and different look at the timeless question of why people suffer.

Pastor Freddie Orr led a five-week study of Max Lucado’s “He Chose The Nails – What God Did to Win Your Heart”. This Lenten Study was both challenging and enlightening. Here’s a brief description from Melba Dobbins.

We’re familiar with books traditionally associated with Solomon: Ecclesiastes, Proverbs, Song of Solomon. This five-week study will cover The Book of Wisdom from the Apocrypha.

The study will be primarily based on The New Oxford Annotated Apocrypha – New Revised Standard Version, (Revised Fourth Edition) Michael D. Coogan, Editor, Oxford University Press, 2010. It will not be necessary for students to purchase the book.   The class is open to all.  It will be led by Charlie Walden, and meets Monday evenings at 6:30pm in the New Revelations Classroom (in the Dome building).

Our Advent Study this year was Adam Hamilton’s “Faithful – Christmas Through The Eyes of Joseph”. Melba Dobbins, who led this year’s study, summarized the class this way:

Joseph’s place in the nativity story is often overlooked. There is relatively little in the Gospels about him. We know he was a compassionate man, evidenced by the fact that he married Mary to save her reputation among her people. Questions such as how old Joseph was when Jesus was born, had he been married before he married Mary, and did Joseph die before Jesus began His ministry were a large part of the discussions.

There are interesting stories about Joseph and his relationship with the young boy Jesus written by the apocryphal writers, but no one knows if they are really true. Joseph was a carpenter, and it is believed that Jesus worked alongside him and learned the trade. Joseph was a loving, compassionate, forgiving man, and he taught these traits to the young Jesus. A quote from the book tells it all: “This is the gift of Christmas: being found and finding, being held and holding, being safe in God’s arms and being saved by God’s arms. I wonder if Jesus didn’t first experience this gift in the loving arms of Joseph.”

The Gospel of Mark is the shortest of the four Gospels.  It was also probably the first to be written – around 70 A.D.   It tells the story of Jesus ministry from his baptism by John the Baptist through his crucifixion, burial and resurrection.  Though in many respects similar to the other Synoptics (Matthew and Luke), Mark’s Gospel has its own distinct style and character.  The Evangelist didn’t just recite the facts of Jesus’ life or provide us a list of Jesus’ sayings.  He crafted a story that gives us insight into the nature of Jesus‘ ministry and mission – how this man of Galilee brought God’s Good News to the world.  Son of Man?  Son of God?  The Christ?  Who did Jesus think he was, and what did the Twelve Disciples understand him to be?

Creed, from the Latin word Credo, means “I believe”.  The most essential Christian beliefs are contained in this ancient Creed.  We learned that our beliefs shape who we are and how we relate to our fellow human beings:  not only do we need a church, but the church needs us!

Adam Hamilton, the author of this study, told us that he cannot prove to us that there is a God.  We determined, however, that we do not understand how anyone can NOT believe there is a God when they look at the creative, magnificent creation around us.  Through loving discussion, we agreed, disagreed, and agreed to disagree.  We came out loving each other and knowing that Jesus will come again to judge the living and the dead, and that there is life everlasting.

The Book of Esther is the story of a young orphaned Jewish woman living in exile in Persia under the protection of her uncle, Mordecai.  Esther worked her way into court and ultimately married Persian King Ahasuerus.  Those familiar with the Book of Esther may recall that it never mentions “God” – quite unusual for a book in the Hebrew Bible.

The star, the name, the manger, the promise – this series explored each of these key elements of the Christmas story in a new and thoughtful way.