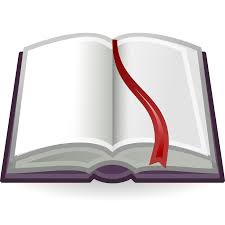 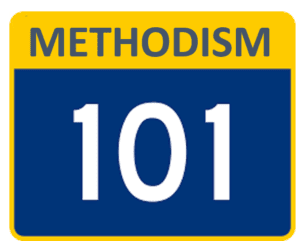 The Methodism 101 study led by Pastor Orr held its last class on August 13. Here are some comments from Carole, one of the study participants.

As a newbie from another religion, I found the Methodist 101 class to be extremely informative and fascinating. Here are a few highlights that stood out to me:

An Anglican preacher named John Wesley began the Methodist movement. As a Fellow of Oxford, John joined his brother Charles’ Holy Club in 1729. There were a group of men that maintained strict rules of study, prayer, and service who were called “Methodists” because of the ‘methodical’ way in which they carried out their Christian faith.

In 1744, the first Methodist Conference was held. After almost two centuries of close ties, The Methodist Church and The Evangelical United Brethren Church merged in 1968 to form The United Methodist Church.

John Wesley’s brother Charles wrote over 6,000 hymns, and many believe the Methodist Movement could not have flourished without his hymns such as Hark the Herald Angels Sing, O For a Thousand Tongues to Sing, Christ the Lord is Risen Today, Love Divine, All Loves Excelling, etc.

Wesley taught that there is a two-fold process of inspiration:

– The inspiration of the writer

– And the inspiration of the reader

The same Spirit works in both – the Spirit was active at the time the Scriptures were written and that same Spirit is active when the Scriptures are read today. In this sense we do not take it “literally” – we seek to know more than what the Bible says – we want to understand what it means.

And he cautioned not to let the literal sense imply an absurdity – in other words – don’t leave your brain at the door when you start to study the Word.

Everything begins and ends with GRACE with United Methodists.

Grace is free, but it is not cheap- it calls for discipleship – it costs us our lives as it did Jesus’.

While one may be able to point to a moment or a few moments of intense realization of God in Christ calling us into relationship – we know that God’s presence has been actively seeking us even when we did not realize it. This process has no real beginning and no real end in this life. Redemption is a continuing process for church members (always “going on” to perfection) AND reaching out to the world through both the words and acts of the fellowship. That is our ministry.